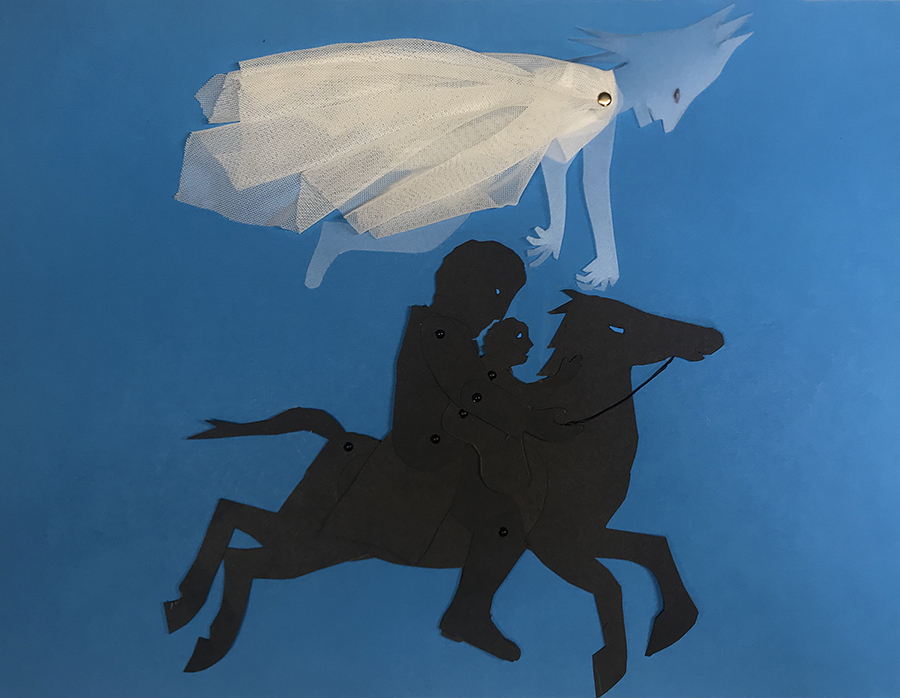 The first time I learned how music can tell a story was when my mother bought a new recording of Schubert’s song Erlkönig (Erlking/Elf King). The German poem that the composer set to music, written by Johann Wolfgang von Goethe in 1782, is about a father riding his ill child to a place where he can get help. First my mother told my siblings and me how we could hear the horse riding faster and faster in the piano accompaniment. Then she translated the words of the singer, who takes on the role of the narrator, father, and child, as well as the Erlking, who lures the ailing boy into his world. By the time the father reaches his destination and finds that his son has died, my brother, sister, and I were bawling. I was twelve at the time and certainly do not recommend to act out the story with children much younger. But for older children, who are familiar with the story, silhouette puppets may be a great way to engage with the music creatively.

In the 18th and early 19th century silhouettes were a popular means to keep somebody’s likeness. Goethe himself was famous for his silhouette collection, and had himself portrayed holding a silhouette in 1775, seven years before he wrote the Erlkönig poem. In other posts I have described how you can make your own silhouettes of family and friends and turn them into into silhouette puppets. The Past Times Printable Library contains many patterns that may be used for shadow puppetry and stop-motion movies. To engage with the song, however, children can simply hold and move the  puppets without a shadow screen while listening to the music. The shadow film below, which was commissioned by the Oxford Lieder Festival in 2014 and  shows both the musicians and story characters, may serve as an introduction when talking with children about the Erlking story and shadow play.

All Past Times patterns to act out the story are available in the Music and Composers section of our Printable Library. You can find instructions how to move the horse in my post how to make a puppet ride a galloping horse. To keep the puppets firmly seated you can connect them with with black painter’s tape, which is removable. Handling of the puppets may be easier if you stick the holding rods in a cardboard stage, made of a corrugated cardboard box (see instructions).

To make the Erlking look more other-worldly I used stiff translucent plastic (a cut-up presentation folder), and made a robe of soft tule. The pattern provided merely serves as an example. You are welcome to design your own Erlking, using materials around the house. If you do a google search on the subject you will find plenty of depictions of the Erlking to inspire you. And if you find the story too upsetting (as I did at twelve) you can always use the puppets to change the ending, chase away the Erlking and find a doctor in time. Have fun! 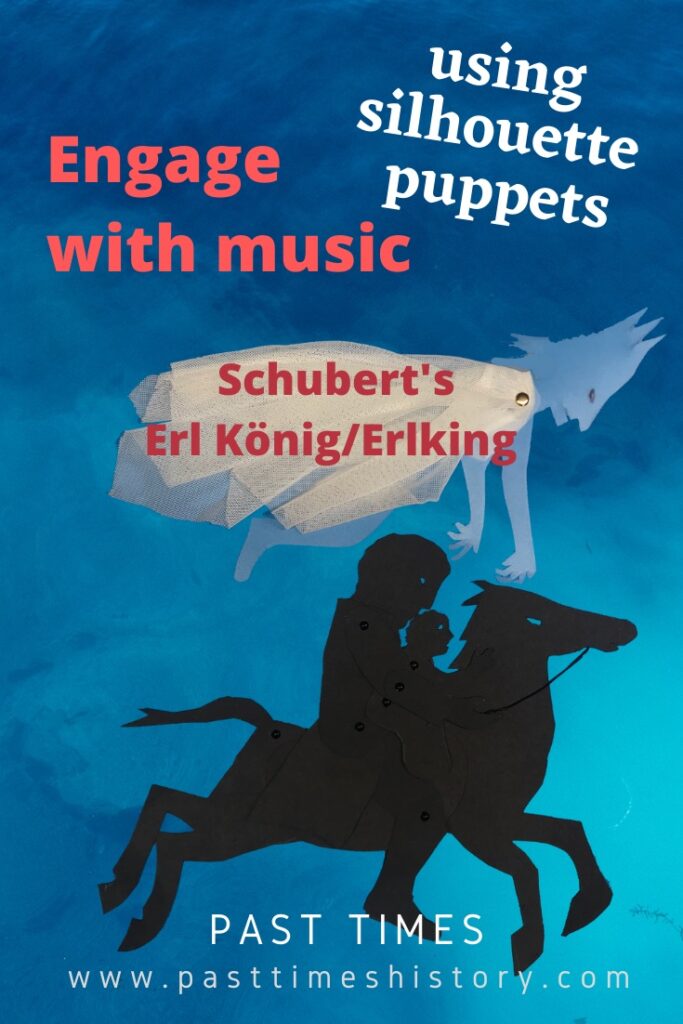