Are you a closet conductor and you love Bach? Do you play Bach on the organ, the piano, or the violin, or do you wish you could? Here is your chance to play Bach as a composer, musician, and conductor with a silhouette or shadow puppet, while listening to the music you love. And if you do so on the All of Bach website you can get to know more about Bach’s music than you thought you ever knew!

When I make a silhouette puppet of a historical figure, I look at all available resources, including photos, paintings, or busts, preferably in profile. In the case of Johann Sebastian Bach, I have used the famous statue in front of the St. Thomas Church in Leipzig, Germany, where Bach worked from 1723 until his death in 1750. The sculptor, Carl Ludwig Seffner, who also made a marble bust (above, left) used a cast of Bach’s skull and the above portrait by Elias Gottlob Haussman, the only existing portrait for which Bach actually sat.

How to make the puppet

You can download the pattern for the puppet below, as well as those for a violin, three keyboard instruments and a writing desk. In order to be able to play different instruments I use velcro to turn the hands around in the right position. If you want to make a stop motion film, however, you should replace the velcro with black painters tape, which is removable. The pattern allows you to cut out either one head with wig and all, or have a bold head and separate wig (which he can throw).

Instructional video how to make and move the silhouette puppet

Play along with a musician

Although Bach is best known as organist and keyboard player, according to his son Carl Philipp Emmanuel he played the violin “cleanly and penetratingly” until he reached old age. To make Bach play the instrument it is easiest to reinforce the violin with black painters tape and connect it to his left cheek with a small piece of velcro. Turn the right hand upwards and attach velcro to hold the bow.

In the above video I put the puppet in a cardboard stand (which can also be used to share puppets over Zoom). All Of Bach’s amazing site is not only great for listening, but also for watching musicians closely. It is fun to follow a violinist’s movements, although it will take some practice playing a paper violin.

During his life Bach was better known for his virtuoso organ and keyboard skills than for his compositions. To make Bach play the organ, clavichord, or harpsichord, it is best to stick the holding rods in a cardboard stand like the above “Zoom” stand, or attach them to the inside of a shadow screen. This allows you to use both hands to play the keyboards, while the body will sway a little as a result.

With some practice you may also move the feet on the organ pedals by holding two moving rods in one hand. Don’t feel discouraged when it proves too difficult, because your audience will not even notice. Just seeing Bach move behind the instrument is convincing enough!

Try out the clavichord

You probably have heard Bach’s keyboard works performed on piano or harpsichord. However, according to his first biographer Johann Nikolaus Forkel (who interviewed Bach’s sons), Bach preferred the clavichord to the harpsichord and the newly developed pianoforte. As explained here, clavichord keys strike the strings directly, which allows a player to vary the volume and even use vibration. Bach felt that the clavichord let him ”express his most refined thoughts.” The instrument was too soft, however, to be used in ensembles or concerts.

Bach composed more than 1000 works, some of which survived in his own handwriting. In Leipzig he had to compose one cantata a week, so he wrote feverishly. The patterns of the desk and chair include a quill as well as an ink pot and candle, which can be attached to the desk with masking tape. You can use a piece of tracing paper for the candle’s flame as well as for a manuscript on the table. When letting Bach compose, don’t forget he can pace the room, wave his arms, and play on the clavichord, before returning to the desk to write down more.

In addition to a Zoom stand you can use a desk top shadow theater as a stage (instructions below). All holding rods in the photo above are attached to the screen with loose pieces of sew-on velcro, but you may also use sticky back velcro with the paper still attached. You can easily take out Bach’s holding rod and put it back in the opening, or just decide to hold the puppet with one hand while using the moving rod with the other.

Have fun with stop motion

It is a lot of fun to use silhouette puppets for stop motion movies. The little film below, which shows Bach throwing his wig in anger at the organist of St. Thomas Church, is based on an anecdote published first in 1850 and quoted by Bach’s biographer Philipp Spitta. I made the film with the Stop Motion app, which can be used on a smart phone alone or on a computer, with the phone serving as a remote camera. I used a tripod with a goose neck facing down to hold the phone and make photos, moving the puppets underneath bit by bit.

Writing one cantate a week for Sunday services, Bach was able to have a full rehearsal on Saturdays only, according to John Elliott Gardiner in his biography Bach: Music in the Castle of Heaven. To give an idea of what those rehearsals were like, he quotes Bach’s friend Johann Matthias Gesner, who was headmaster of the St. Thomas School in the early 1730s, and must have witnessed it many times.

“If you could see Bach… singing with one voice and playing his own parts but watching over everything and bringing back to the rhythm and the beat, out of thirty or even forty musicians, the one with a nod, another by tapping with his foot, the third with a warning finger, giving the right note to one from the top of his voice, to another from the bottom, and to a third from the middle of it — all alone in the midst of the greatest din made by all the participants (…), holding everyone together, (…) repairing any unsteadiness, full of rhythm in every part of his body…”

After exploring different ways to play Bach I have yet to find out how to make puppet Bach conduct his choristers and musicians the way Gesner described. 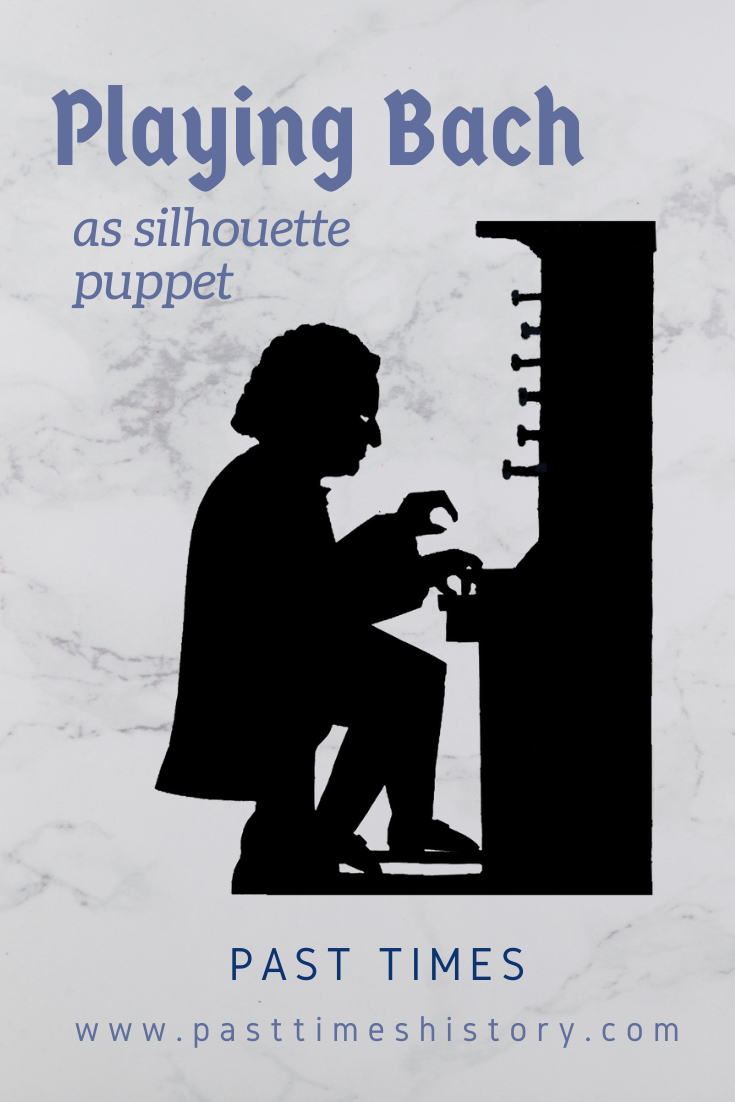